Cider with a sense of place.

Seeking to get closer to the land and the rhythms of nature in January 2009, Ann Marie and David planted 60 Southern heirloom apple trees on their farm in Moore County with the idea of making hard cider—Ann Marie’s beverage of choice when they studied in London during college. That trial planting thrived and so did their passion for farming and cider-making. They acquired more land and now James Creek Orchards grows over 65 varieties of heirlooms and cider apples from England, France and Spain, as well as peaches, blueberries and muscadines. Under the James Creek Cider House brand, they make three award-winning varieties of traditional, harvest-based cider each year from heirloom Southern apple varieties. Their commitment to seasonality and sustainability earned them membership in the Good Food Guild.

Shortly after opening in 2016, they added a modern line of ciders and named it Stargazer Cider for the beautiful night skies over the orchards. Stargazer bottles nearly a dozen different varieties of cider each year…..three year-round ciders, three barrel-aged ciders, and several highly popular fruit seasonals. David and Ann Marie have also started making ciders in homage to other cultures….a Spanish-style cider called Estrella Fugaz kicked off this series, with an English and a French style cider in the works. 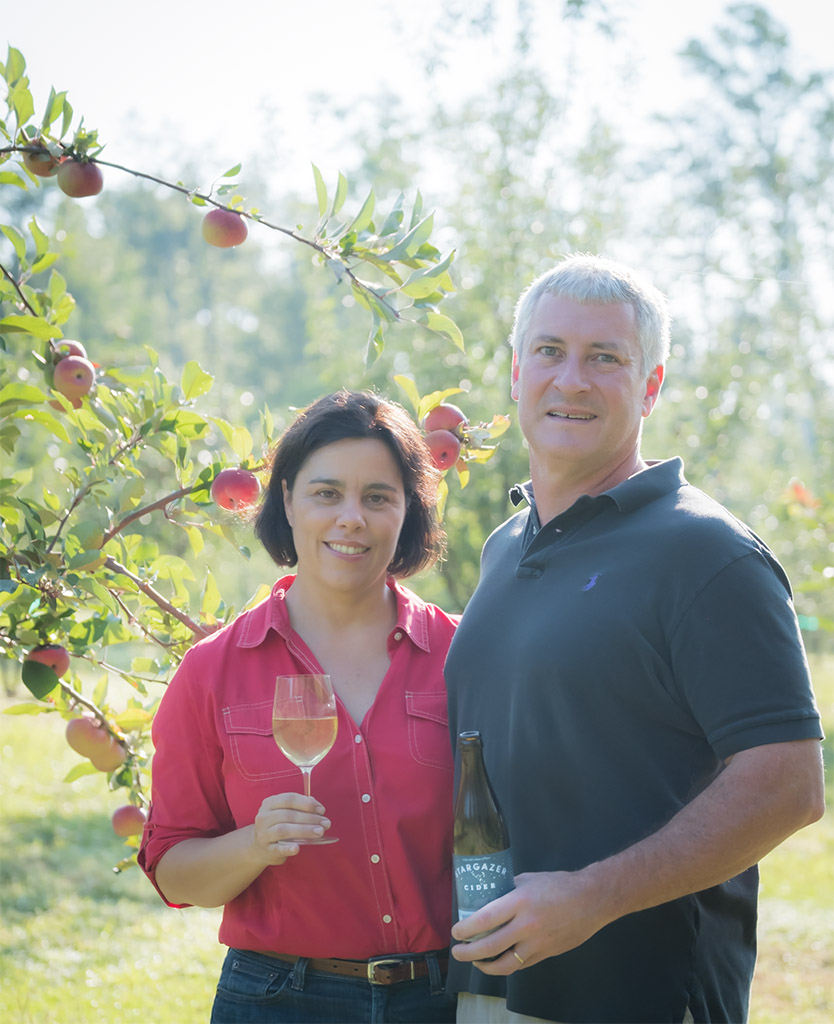 See our ciders
Scroll to top